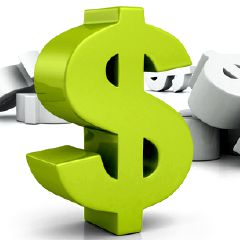 Why MAP is Not Considered Price Fixing

by MapCop
Minimum Advertised Price policies are not universally popular, and not only because of angry discount retailers. At various times, politicians and the media have described them as a form of price-fixing, and called for them to be outlawed. However, there are major differences between MAP policies and price-fixing agreements that make comparisons between them misguided.

Traditional price-fixing is a horizontal agreement. In other words, it is a conspiracy between competitors at the same level of distribution, in order to limit competition. If McDonald's, Burger King and Wendy's all agreed amongst themselves to charge a dollar for french fries, that would be price-fixing.

Price fixing is per se illegal in the United States, meaning that it remains illegal regardless of the specific harm that it causes. Lawmakers have judged that price-fixing is always harmful. Because price-fixing sets prices above those that would be charged under proper competition, it is detrimental to consumers, and represents a serious threat to the wider economy.

Given this definition of price-fixing, we can point out a few important differences between it and minimum advertised pricing policies. First, MAP policies aren't horizontal, they are vertical. Retailers do not agree a minimum advertised price among themselves, they have one imposed upon them by a manufacturer.

Second, there is no agreement between competitors. A legally watertight MAP policy doesn't involve any negotiation at all, to avoid giving the appearance of collusion. In fact, it can be extremely risky legally for a manufacturer to discuss MAP policies with their retail partners, and especially to adopt a MAP policy at a retailer's suggestion. Instead, manufacturers offer one on a take it or leave it basis, with termination as the only available penalty.

These two factors provide a clear distinction between price fixing and minimum advertised price policies. Unlike price fixing, it is non-conspiratorial and does not necessarily involve any restriction of competition.

Price-fixing is per se illegal because it always or almost always restricts competition. MAP policies, on the other hand, can actually help to promote competition and produce better outcomes for consumers.

A minimum price allows full-service retailers to provide value-added services like expert staff and product demonstrations without being undercut by discount retailers and used as a showroom by bargain-hunting customers. The minimum advertised price, effectively a minimum markup, encourages retailers to compete with each other on service as well as price and ensures that their margin on the product is large enough to support doing so.

These pro-competitive effects of MAP policies proved decisive in 2007, when the Supreme Court ruled in Leegin Creative Leather Products, Inc. v. PSKS, Inc that minimum pricing policies should be governed by a "rule of reason" approach. Essentially, they are to be judged legal or illegal on an individual basis, instead of being per se illegal like price fixing.

Because of this decision, minimum price policies that had previously been illegal were reexamined and cleared by the FTC. A well-crafted MAP policy should not get its owner into any legal trouble. However, manufacturers should seek legal advice when designing a new MAP policy, as there are some potential pitfalls. First, a MAP policy may be harmful to consumers and therefore ruled illegal if it provides a large enough markup that retailers are encouraged not to stock competing products. Second, MAP policies should be entirely unilateral, involving no discussion with retailers, in order to avoid the appearance of a conspiracy.
back to blog
MAPCOP, LLC
51819 Danview Technology Court
Shelby Township, MI 48315
P: (586) 997-8010
MAP Monitoring
How It Works
Features
Pricing
MAPCOP Blog
Try It FREE
Help
Log In
Forgot Password
Contact Us
FAQ