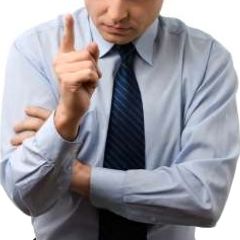 Why Amazon Should Enforce MAP

by MapCop
Since it was founded in 1994, Amazon has gone through a lot of changes. Originally selling just books, it now carries almost any type of product that you can think of. Once a regular loss-maker, it now enjoys large profits primarily drawn from its cloud computing offerings. Since 2016, it has even had its first physical store location. However, there is one important change that Amazon has so far resisted.

Despite its popularity with consumers, Amazon can often be a manufacturer's nightmare thanks to the company's refusal to enforce Minimum Agreed Price policies. While there are strategies that companies can adopt to enforce their pricing structures on Amazon-based sellers, it can be an extremely difficult task to police pricing when faced with an online marketplace that has no interest in helping. Amazon's lack of engagement in this key area hurts manufacturers and consumers alike, and should be reconsidered.

When sellers cut prices to the bare minimum, their margins become too small to support non-price forms of competition that actually give more value to consumers than a small price cut. Customer service suffers, and when customers receive bad service, it reflects badly on both Amazon and the product manufacturers. MAP policies are an extremely important brand protection strategy for many manufacturers, and by refusing to enforce them Amazon creates an elevated level of risk for any company that sells products on its marketplace. Companies such as Birkenstock have already sworn off selling on Amazon, citing threats from counterfeiters and an inability to retain control of their product's presentation. Many manufacturers also ban their authorized retail partners from Amazon and other online marketplaces.

Boycotting Amazon is Not Enough

However, boycotting Amazon is not enough to protect your brand. Third-party sellers can continue to sell products through the marketplace, without the threat of MAP enforcement to set a price floor. You can still go on Amazon and buy a pair of Birkenstock sandals, they just won't be from the manufacturer. Amazon's anti-MAP stance allows brands to be unfairly damaged by unrestricted price wars. It also harms customers, who are likely to receive substandard service from pop-up third-party retailers instead of well-informed, motivated service from the original manufacturers.

The Threat of Unrestricted Price Competition

Unrestricted price competition isn't just a threat to big businesses. For small businesses, price wars create barriers to entry that may dissuade them from using Amazon at all. When sellers are forced to accept razor-thin margins, only those with the lowest overheads need apply. Small businesses simply can't benefit from the economies of scale enjoyed by larger businesses, even if they would offer excellent service and customer care.

Price Wars are Bad For Everyone

Amazon price wars aren't only bad for retailers, they are also bad for Amazon, and not only because they miss out on attracting innovative small sellers. Amazon makes money from third-party sellers by charging a percentage of the price of each item sold, with the exact percentage depending on the product category. A price war doesn't just reduce the sellers' margins, it also directly affects Amazon's revenue.

So far, Amazon has resisted calls to adopt MAP enforcement on the grounds that it would reduce competition. This is a very short-sighted view. By failing to enforce minimum pricing policies, Amazon creates a damaging, one-dimensional form of competition. Sellers are able to win price wars only by cutting everything else to the bone. Setting an effective price floor would force sellers to compete on other measures of customer experience. It would allow Amazon to win back the trust of major manufacturers as well as encouraging innovative, service-focused retailers to enter their marketplace.
back to blog
MAPCOP, LLC
51819 Danview Technology Court
Shelby Township, MI 48315
P: (586) 997-8010
Map Monitoring
How It Works
Features
Pricing
MapCop Blog
Try It FREE
Help
Log In
Forgot Password
Contact Us
FAQ