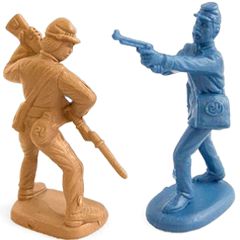 The Epic Price War Between Amazon and Walmart

by MapCop
One of the most commonly pointed out advantages of a MAP policy is that it restricts price warfare. By setting a floor on prices, suppliers can maintain brand value and ensure an acceptable margin for themselves and their clients. But just how dangerous can price wars be? An ongoing clash between retail titans provides some answers.

In February of 2017, Walmart summoned representatives from some of its largest suppliers to a crisis meeting. There, the retail giant presented them with an ultimatum: cut prices by 15 percent, or suffer the consequences. Manufacturers who cut their prices could expect to receive more help with marketing and distribution in return, but no non-compliance would be tolerated. Walmart pledged to create new branded products to compete against any of their supplies that wouldn't go along with the plan.

The strategy was nothing new. Every few years, Walmart encourages its suppliers to reduce their spending on marketing and other "optional" expenditures and reinvest it in price. This time, though, the size of the price cuts that Walmart demanded left some vendors saying that they would lose money on every item sold.

Once a media-focused operation, Amazon now challenges Walmart directly on its home turf: everyday items like food and household goods. Walmart's target of offering the lowest price available on 80 percent of the goods on its shelves is increasingly under threat. Part of the problem for Walmart is Amazon's pricing algorithm, which finds the lowest per-unit cost for items and then applies it across the board, meaning that single items end up selling at bulk discount prices. This can often mean selling at a loss, at least temporarily. Amazon's strategy has often been to sell at a negative profit margin during expansionary phases to gain entry into new markets.

However, these losses are rarely permanent: Amazon is large enough that it can exert a massive amount of leverage when negotiating prices. It also prunes away unprofitable products ruthlessly by restricting their advertising on its own platforms, moving them to Prime-only channels, or simply delisting them entirely. Amazon's size means that the threat of delisting can be enough to force suppliers to drop prices. The only way for Walmart to compete with such aggressive pricing is to lean on suppliers equally hard, if not harder.

Suppliers have responded to the demand for lower prices in different ways, none of them particularly good for the supplier. Some have simply cut prices as demanded, while others have traded continued listings for an unprofitable product for cheaper prices on one with a larger margin. Others still have changed the product itself, making it lighter and therefore cheaper to ship. Cheap or free shipping, always a cornerstone of Amazon's strategy, is effectively subsidized by manufacturers. Again, this makes life more difficult for Walmart: Amazon's pressure on suppliers to make more shippable packaging results in designs that look less attractive on the shelf.

The Picture is Grim For Suppliers

For suppliers, even the largest ones, the picture is grim. The Amazon-Walmart price war dominates boardroom discussions at Unilever and Procter & Gamble. Amazon's negotiating power is of particular concern, as profit margins are squeezed even tighter once shipping costs are taken into account. Suppliers fear that an ongoing price war will permanently alter the retail landscape, forcing them to accept dramatically lower prices for consumer goods across the board. Where the biggest retailers lead, others will inevitably follow.

Price wars threaten every supplier, from small manufacturers to massive global conglomerates like Unilever. When even the largest can be thrown into crisis by unrestricted discounting, manufacturers have no choice but to protect their prices.
back to blog
MAPCOP, LLC
51819 Danview Technology Court
Shelby Township, MI 48315
P: (586) 997-8010
Map Monitoring
How It Works
Features
Pricing
MapCop Blog
Try It FREE
Help
Log In
Forgot Password
Contact Us
FAQ