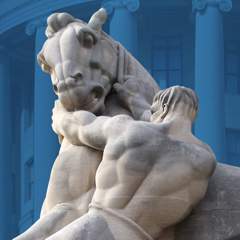 MAP Enforcement and the FTC

Not everyone likes Minimum Agreed Price policies. To their detractors, MAPs look a lot like price fixing, with manufacturers and retailers colluding to shut out competition. It's a serious accusation: price fixing has been illegal under federal law in the United States since the 19th century, and antitrust cases brought against companies have resulted in heavy fines and even enforced breakups.

FTC on Competition and MAP

The Federal Trade Commission, the agency responsible for preventing anticompetitive business practices, has published its own guidance on the issue of MAP policies and other manufacturer-imposed requirements. While they state that these requirements do restrict competition between retailers of the same product, they also recognize that MAP policies can encourage competition between brands while also encouraging retailers to engage in increased non-price competition, such as improving customer service standards. The agency's priority has always been to target business practices that harm consumers. Because MAP policies tend to benefit the consumer, the FTC states that they are not in themselves anticompetitive. The law surrounding them operates on a “rule of reason”: it is not illegal to enforce a MAP so long as it doesn't unreasonably restrict trade. Although the FTC's statements are not binding on state or federal judges, their opinion is influential, not least because the agency often files lawsuits against companies for engaging in anticompetitive practices.

However, this does not mean that manufacturers have a completely free hand in terms of the MAP policies that they can set. The FTC can pursue, and indeed has pursued, retailers for setting MAP policies that had unreasonable anticompetitive effects. In 2000, the FTC challenged five of the United States' largest record companies for enforcing a MAP on music CDs. The record companies had adopted a carrot and stick approach, offering retailers generous but restrictive cooperative advertising programs that could be taken away if they violated the MAP. The FTC's challenge was brought on two grounds. First, with a combined market share of 85 percent, the record companies' actions unacceptably increased the risk of collusion between them. The policies had ended a retail price war in the recorded music market, and because of the sheer market share owned by the companies, retail prices of CDs had risen almost across the board. Second, the penalties against retailers, which included total loss of all cooperative advertising funding for 90 days after a single pricing violation, were judged to be unreasonably harsh. Ultimately, all five companies came to agreements with the FTC that involved them abolishing their MAP policies.

So, how do you enforce a MAP policy without being charged by a federal agency? According to the FTC, MAP policies are legal so long as they are set by a manufacturer acting on their own. Your MAP has to be unilateral: it is perfectly legal to refuse to supply your products to a retailer so long as it is not done as part of an anticompetitive agreement with other companies. You can offer retailers a take-it-or-leave-it policy and refuse to sell your product to them if they don't agree. You can also, according to the FTC, offer incentives like cooperative advertising, again on a take-it-or-leave-it basis. However, any individual negotiation with retailers or inequality in enforcement invites antitrust lawsuits. Even your largest, most important retail partners have to be held to MAP prices, because enforcing your MAP policy against some retailers but not others is anticompetitive. Furthermore, you are essentially required to actively police your own MAP. If some of your retailers complain to you about another retailer selling below MAP prices and you then terminate the offending retailer, it can look like collusion in order to maintain a price that was set between your retailers, which also attracts antitrust lawsuits.

Creating a MAP policy that satisfies FTC guidelines is quite easy. So long as it is enforced equally and independently, without colluding with either other manufacturers or retailers, your MAP is legal under federal law. As a rule of thumb, consider carefully whether or not your policy works in the interests of the end consumer. If it does, the FTC is unlikely to challenge it.